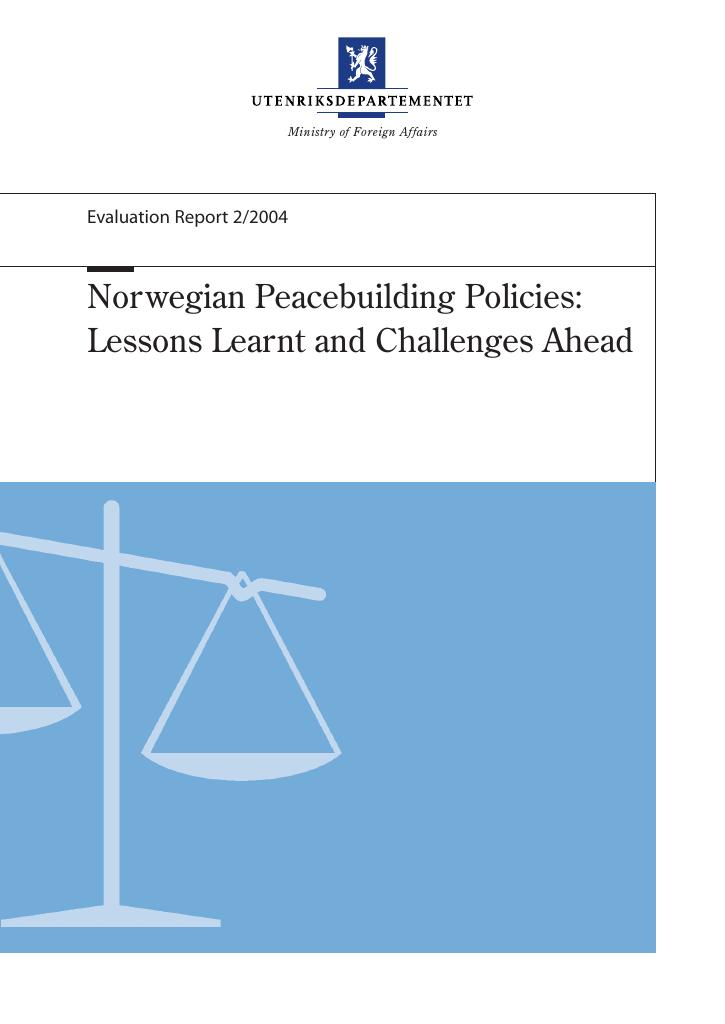 The joint Utstein study of peacebuilding was initiated in 2002. The study focuses on the peacebuilding experiences of four countries – Germany, the Netherlands, Norway and the UK – who together constitute the so-called Utstein group, a framework for cooperation on peacebuilding and development issues. The main element of the study is a survey of peacebuilding activities and projects financed, supported and implemented by the Utstein governments in the period 1997–2001. The project aims to produce policy relevant conclusions, derived from the experience of the four governments, in the form of guidelines for peacebuilding.