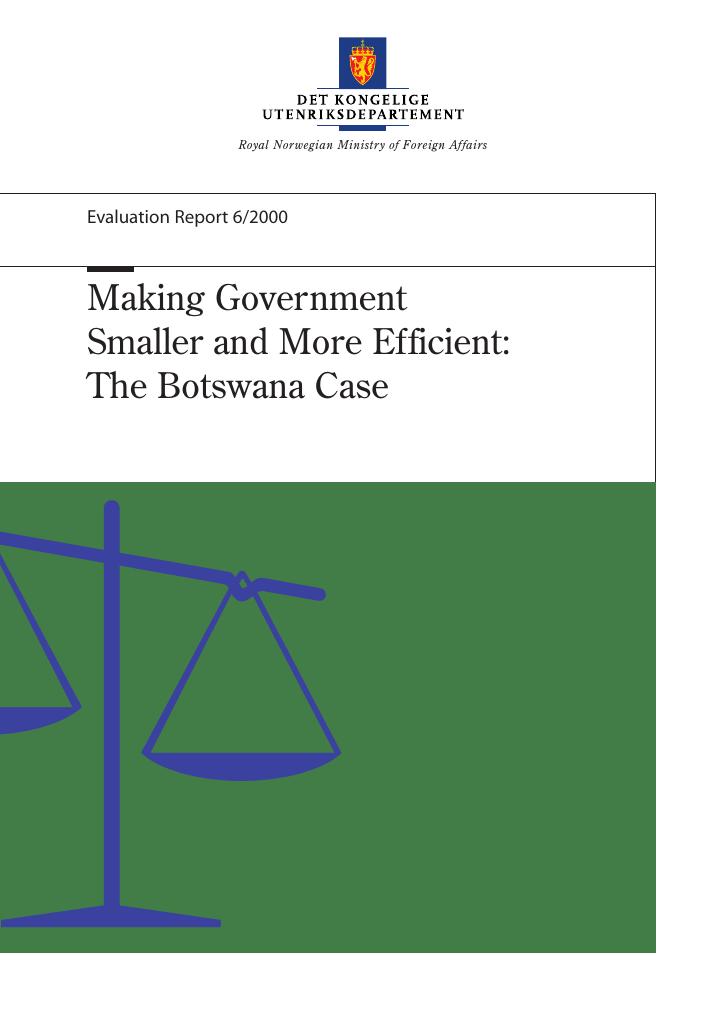 Executive summary This report assesses the role, scale and scope of government in Botswana; a maturing mineralled economy. It discusses the development problems commonly found in countries that receive large inflows of foreign exchange from exports of minerals. A much larger share of such income accrues to the government than from other sources of income. Therefore, these countries tend to have a large public sector. When mineral exports level off, governmenthas to increase taxes or reduce spending in order to avoid escalating budget deficits. This report argues that aid transfers beyond the recipient country’s absorption capacity have similar effects.