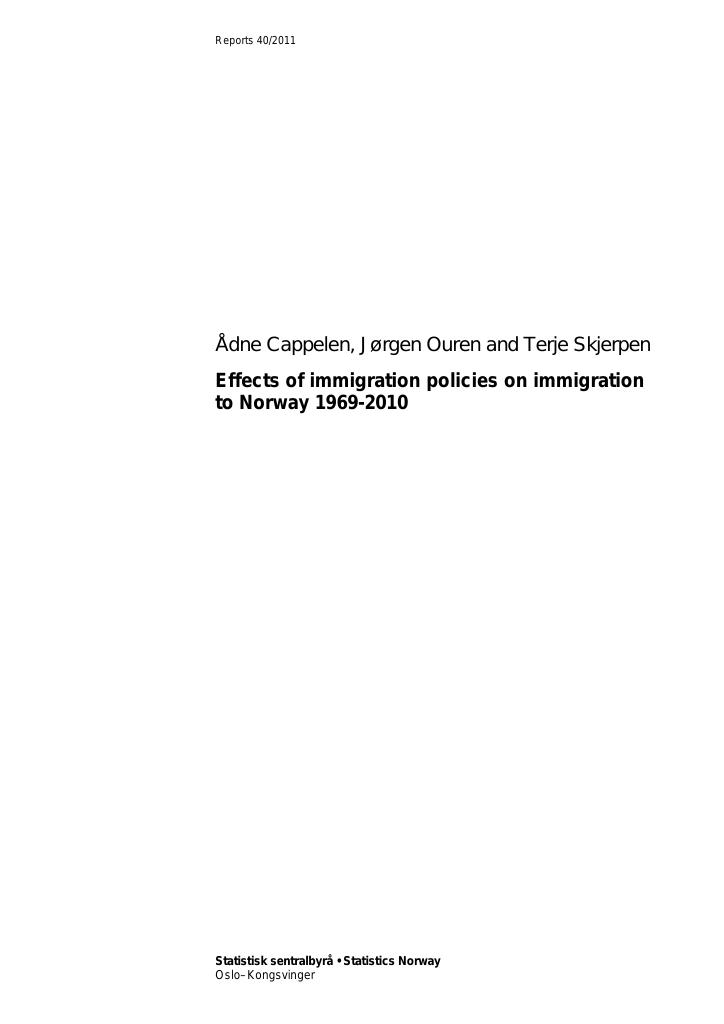 This study examines how changes to regulations and the economic conditions have influenced immigration to Norway from 1969 to 2010. Since the early 1970s Norwegian authorities have enacted a number of changes to international commitments, laws and regulations designed to influence immigration. This study aims to quantify the effects of these changes on immigration using binary variables within a fairly standard economic model of immigration. We develop a dataset consisting of statistics for migration to Norway from 179 countries from 1969 to 2010 that includes demographic and economic variables which are standard in the migration literature.